Warming Up the Engines, The Mythic Adventure is about to Kick Off 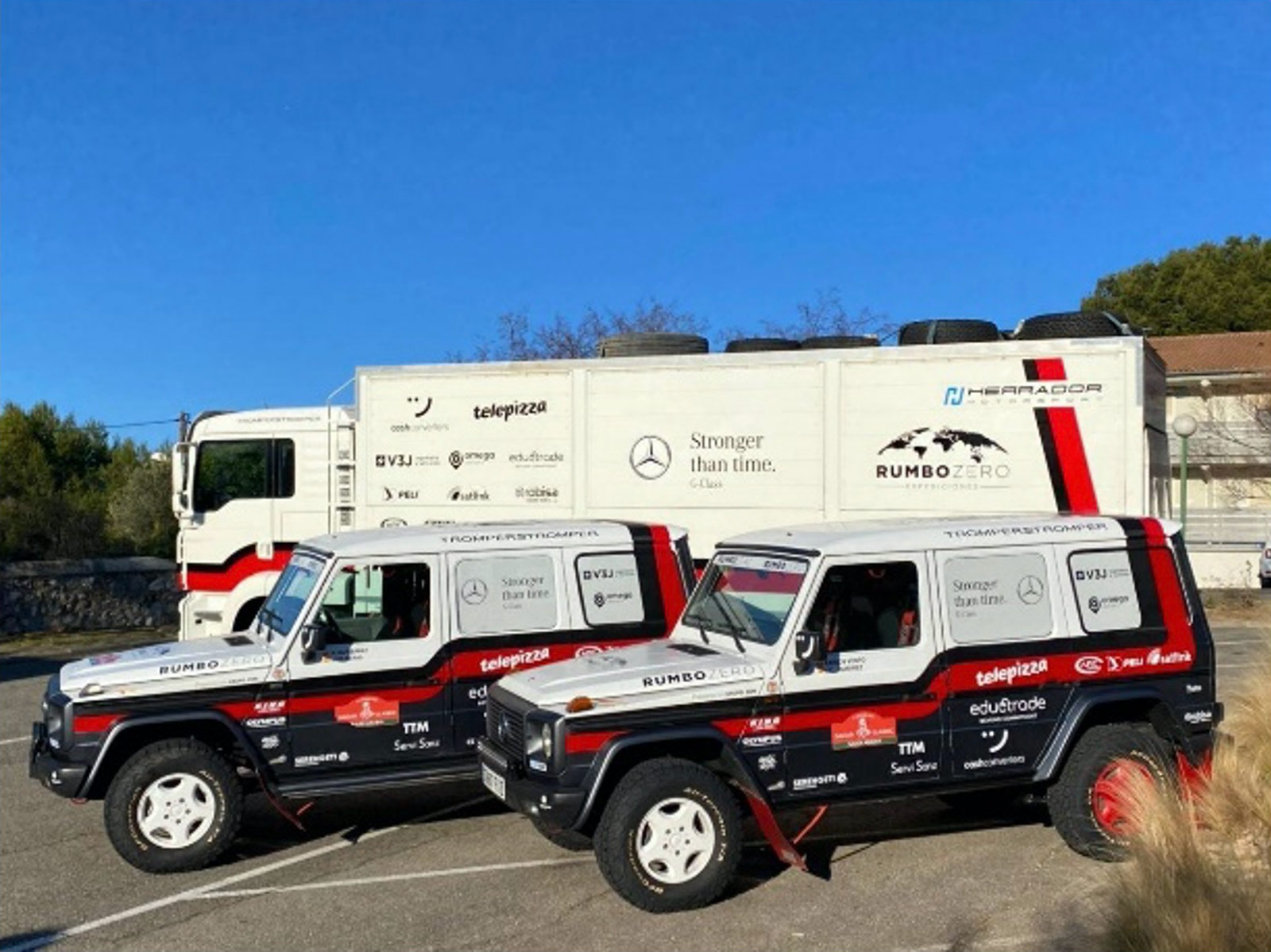 Peli™ Products, the global leader in the design and manufacture of high-performance protective cases and advanced lighting solutions, is proud to sponsor the RUMBOZERO team during their Dakar Classic 2021 racing adventure. RUMBOZERO is an experienced Spanish team composed of drivers Antonio Gutiérrez and Carlos Vento, winners of the Dakar Rally Patagonia-Atacama 2007 in the trucks category. Their co-drivers will be Luis Heras and Juan Carlos Ramírez, who are celebrating their 25th anniversary of participation in the competition.

The new edition of this mythic rally kicks off on 3 January in Saudi Arabia and will last until 15 January. It will be the first edition of the Dakar Classic, which will attempt to go back to the competition’s roots, recruiting vehicles that already participated in the rally before the year 2000, and among them, we will once again see one of the iconic and most reputable classics: the 1994 Mercedes-Benz G 320. This classic vehicle is known for its achievements in the early editions of the original Dakar Rally, as well as for its incredible resistance and reliability during those competitions. At Dakar Classics 2021, its engine will roar once again. In fact, it will do it twice with the RUMBOZERO team that will compete with two of these robust vehicles.

"After a lot of hard work, we have prepared two vehicles and made adjustments so that they will make it to the last day”, comments Carlos Vento, one of the drivers. The G-Class's suspension has been improved thanks to more robust shock absorbers and slightly higher and more efficient springs. This will give them a lot more traction and especially in the dunes will allow them to go at a higher speed.

The team will count on a selection of PELI Cases to protect their communication equipment and automotive tools during the rough ride. As Luis Heras states, “We have always trusted the extreme performance of PELI Cases. PELI is the perfect partner for this kind of adventure.” The watertight O-ring seal and double-throw latches keep the lid shut as well as water and dust out, while it is easy to open along the journey. The tough polymer structure is engineered for extreme drops and impacts and makes them virtually indestructible and resistant to the most extreme conditions such as those present during the Dakar Rally.

RUMBOZERO will also bring the highest quality portable lighting along the journey including Peli’s Remote Area Lighting Systems (RALS) as well as water- and dust-proof torches and headlamps that may be needed in case repair work is needed or to simply provide light in the evening while they rest between each stage of the journey. Having good lighting will be crucial at night in the middle of the desert, and for that reason, they choose a variety of Peli lighting solutions to ensure the lights don’t go out at an inopportune moment.